What’s in a name?

At a Zoom meeting mid-June, representatives of the ANZRATH groups in Auckland, Wellington and Dunedin agreed to a change of name. Formerly known as ANZRATH (Aotearoa NZ Religious against Trafficking of Humans), our new name is TALITHA KUM AOTEAROA NEW ZEALAND.

Talitha Kum is the international network of religious working against trafficking and exploitation of people. “It began in 2001 with the aim of working in solidarity with others to address the trafficking and exploitation of people, which has become the third most lucrative multinational ‘trade’ said Cenacle Sister, Anne Powell. “Our three groups in Aotearoa-New Zealand now come under the umbrella of Talitha Kum International. This gives us all a greater sense of solidarity, inspiration and connectedness.” 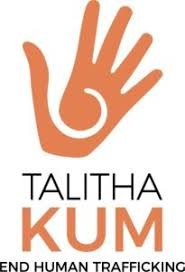 Talitha Kum receives its name from the gospel story in Mark 5:41 in which Jesus visits the family home of a young girl who is thought to be dead. When he sees her, he instinctively reaches out saying “Talitha, kum!”  (Aramaic “Rise up little girl”).

Currently there are groups in 92 countries all collaborating in inter-congregational networks and outreach of religious women and men and all people of good will who share the same vision. Trafficking is a phenomenon that currently affects at least 40 million vulnerable people, 70% of whom are women and children. Talitha Kum has, since its foundation, grown to be an interfaith network.

On February 20th, Talitha Kum presented to the public the documentary “Wells of Hope”, its first interfaith project against human trafficking in the Mediterranean Basin. It is available on https://donorbox.org/wells-of-hope

What kind of country do we want?

Dr Rebecca Miller, formerly Immigration New Zealand Manager for People Smuggling, Human Trafficking & Regional Cooperation, reminded us prior to the last Election that immigration would be a significant issue in all coming General Elections. She said “Don’t underestimate the power of educating ourselves and building awareness more widely.”

Brigidine Sister, Anne Phibbs discovered that a shop one block from her home was part of a racket run by a Wellington man who promised work in restaurants but exploited his countrymen in fast-food outlets instead. Found in the shop was $90,000 in cash, paid by his victims.

Stuff’s “The Big Scam” exposed a string of immigration scams where desperate migrants paid for fake jobs or took jobs where they were forced to return most of their wages to employers.

Talitha Kum Aotearoa New Zealand will continue to organise seminars and workshops in the Wellington region on the theme of modern slavery and exploitation.

What can we do?

Question the supply chain of the clothes we purchase, the chocolate we buy, the coffee we drink. Complaints of such injustice against migrants or citizens can be made to the Labour Inspectorate contact centre (0800 20 90 20) or to Crimestoppers New Zealand (0800 555 111). Its possible to make contact anonymously at: www.crimestoppers-nz.org/about/contact-us/email-anonymously

To find out more about Talitha Kum Aotearoa New Zealand in the Wellington area, contact: